The Start of Ticket Prices at St. Mary’s College of Maryland: Music

There has been a lot of controversy over what has been happening at St. Mary’s with both the students, alumni, and faculty. Fighting for the arts has never been more real to Southern Maryland than now and how fitting of a time where its the topic of discussion throughout the nation.

For the past few years, St. Mary’s has had its issues with the now former president of the college, Joe Urgo. Under his leadership many things fell out of place and a few causes were pushed to be a priority (like planting more trees on a campus thats practically built in the woods) over ones that were actually cared about by students and community members (like the arts). I may be biased on my opinion but either way things weren’t right. It is a long complex story, but this is the gist.

When the news of our low enrollment numbers came out bad press was all over St. Mary’s. Where would we make up for the supposed $3.5 million in lost student earnings? Suddenly budget cuts came first to the arts. Our world renowned Alba Music Festival, its combined semester study abroad program, and the River Concert Series. Budgets were hidden from view and changed by members of administration and accusations were made against each other, which ultimately resulted in the college pulling out its support for the semester program and also much of its support to the River Concert Series. This was one factor that lead to the Chesapeake Orchestra to become its own 501 (C) 3. And good thing it did, it was time anyway.

Jumping ahead: As the interim president steps in, further cuts were made. Specifically to the artists-in- residence in the music department and even faculty members salaries. The administration wanted to cut the artist- in- residence salaries by almost 90%, making it impossible for them to even take part in teaching at St. Mary’s anymore. This is a means to not actually “fire” them. Word travels fast, and eventually information was leaked to the student body who actually asked those musicians in question, what was the status of their employment. This was news to one of them!

The administration didn’t even consider to tell the artists-in-residences that they were on the chopping block before the word got out. They had to find out from a student! There are some legal issues here. Students and alumni created private online groups to discuss these issues and ways to advocate. Formal meetings were made with the administration but were obviously canceled on. I think the students did a great job in advocating for the professors. They acted responsibly and in an organized matter. Forming as “Students for the Arts.” Anyway…

Cuts, on cuts, on cuts, were also made to the music department budget as a whole. On top of that, we were told now that as a department we were no longer allowed to hire professional musicians to aid in performances or to give performances to the school. Then came the ticket prices. Now we are going to start to charge faculty/staff and the community a fee to attend any concerts by faculty members. This is after years of free concerts. All of this was to happen with NO market analysis or survey of even who our audience was (we did request this but were refused from doing so). The college needed to make informed decisions, not convenient “how can we make a quick buck to pay for a concert?” Everyone knows that ticket sales don’t pay the way for concerts anyway.

Many people/staff/faculty members are opposed to charging because of the significant amount of expected audience attrition to the concerts. The amount of money raised will be minuscule to none in their effort to offset against the damage the charging does. I am looking forward to what the numbers say next year, as this year any numbers would be skewed by the people who weren’t aware of the new charges, but agreed to pay because they came anyway. I also hope that this does not soil our relationship with the community.

Information for concerts has been approved and is as follows:
Ticket  Prices:

All public student performed concerts and recitals will remain free of charge to the campus community and for general admission.

Method of Payment: cash or check

Please provide your name, the quantity and ticket type (Student, Faculty/Staff, Senior, Arts Alliance or General Admission) you wish to reserve and a phone number where we may reach you to confirm your reservation. 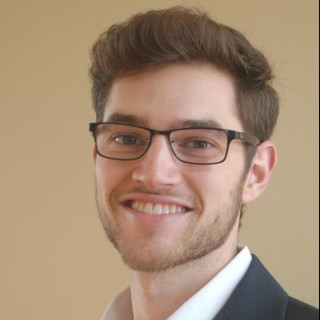